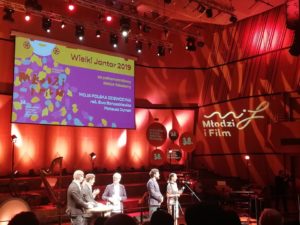 Ant!pode is glad to inform the 38th Mlodzi i Film Debut Film Festival in Koszalin ended on 15 June with My Friend the Polish Girl by Ewa Banaszkiewicz and Mateusz Dymek winning the Grand Prix 2019 / Wielkie Jantar for the Best Feature Film Debut, chosen out of 10 feature debuts and 65 short film debuts.