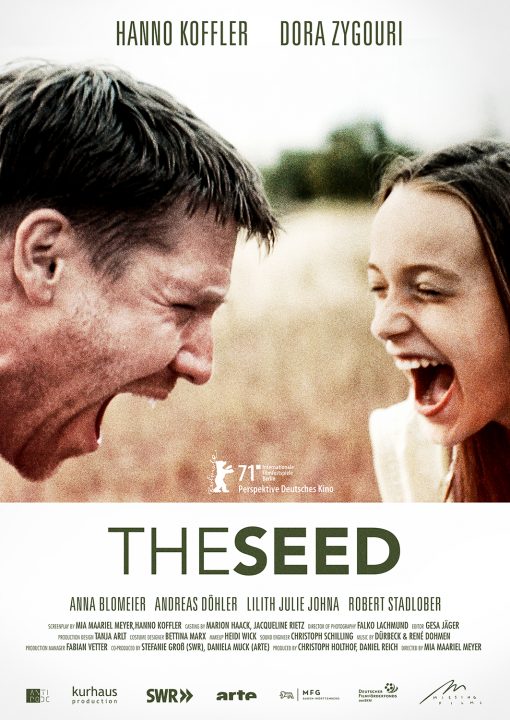 DIRECTOR’S NOTES: The tone in our society has become rougher. The pressure to perform and the fear of losing what we have worked for so hard are part of our daily life and slowly impact our moral compass. THE SEED poses the question how much pressure and competition does it take until we finally break?..

To me, it was essential to explore the massive repercussions of constantly living in existential fear and performance pressure as this topic is so very omnipresent. Today more than ever. In every country. In every part of the world. And a society which is shaped by competition, pressure and the existential daily fight is essentially also a breeding ground for violence. For both children and adults. THE SEED, is to me a social thriller in which pressure is the antagonist deconstructing the individual, destroying families, creating an even larger gap between poor and rich and most importantly making it impossible for our children to feel safe. What’s left is the hope that our offspring will, in the end, not follow our footsteps but escape the hamster wheel and the possibility that freedom lies in failure.Rainer toils by the sweat of his brow on a building site.

ESCAPE  the HAMSTER WHEEL and YOU GET to EXHALE

Rainer toils by the sweat of his brow on a building site. His first job as site manager is his muchneeded big break. Rising rents in the city have already forced him, his pregnant wife and 13-yearold daughter Doreen to move into a little house in the outskirts which needs renovating. At first, Doreen is not thrilled about her new life but then she meets her neighbour Mara, a girl whose parents are as rich as they are narrow-minded. Before long the new friends are playing with fire.
Mara incites Doreen to play some nasty tricks and also entangles her in a theft. Meanwhile at work, Rainer is demoted and replaced by Jürgen, a cool pragmatist who, with only the investors’ interests in mind, ruthlessly steers the building project towards profit. When an older employee is about to be fired, Rainer stands up to his new superior and involuntarily becomes the leader of a burgeoning resistance.

It might seem almost instinctive to position Mia Maariel Meyer’s The Seed on the same spectrum as filmmakers concerned with the human toll of worker exploitation, Ken Loach’s Sorry We Missed You (2019) an immediate reference point here in how it too focuses on the intersection of precarious labor practices with family trauma. And while the comparisons are deserved – yes, Meyer’s film really is that good – it would be a mistake to see it only through the lens of the work of other filmmakers. For what Meyer brings to life in The Seed is not as much the story of the exploited worker himself, an aspiring building site manager called Rainer (Hanno Koffler), but that of his young 13-year-old daughter Doreen, played in a dazzling performance by young actor Dora Zygouri which in largely carries the film.[…] The Seed ties together these two narrative strands – an alienated, bullied young girl struggling to keep afloat and a man humiliated and disillusioned with his career prospects – through its emphasis on the tight relationship between father and daughter. – Alexandra Heller-Nicholas, AWFJ