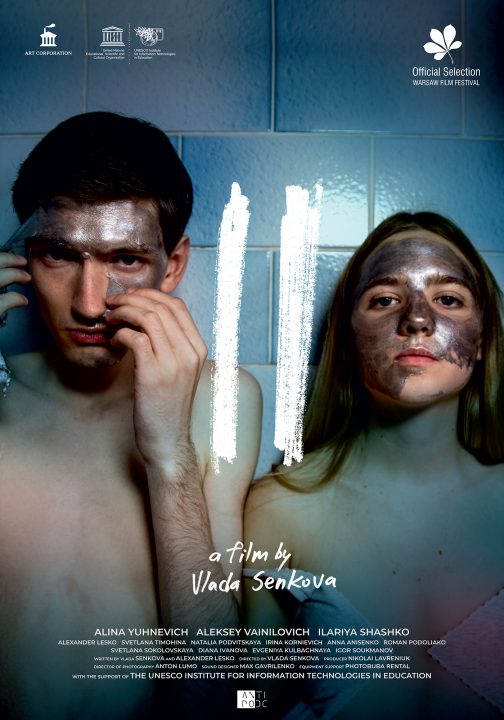 in collaboration with the UNESCO Institute for Information Technologies in Education

Note’s director: For me, this film is about the lack of sex education in my own and neighboring countries. In particular, it explores how this lack of education affects adults, causing them to show aggression and ignorance. This film is not “another teen drama” – if only because adults also suffer in the story. Behind what seems to be careless teen behavior there is a major problem which can affect people of any age. This problem is ignorance: people do not have the knowledge of what they can and should do in a type of situation shown in the film. It’s not about following rules but about being aware of what we feel and what we do and being responsible, because our actions have consequences. Based on our success at the Warsaw Film Festival and the early reviews, I can say that the audience can relate to the story: they cry and laugh and give their thanks. Maybe it’s just a drop in the bucket, but I hope that this film will help our society become more tolerant and educated”.

In Warsaw, “II” competed in the Free Spirit nomination and was one of the two winners among the 14 films presented. At the closing ceremony, the Jury members Nadine Luque (UK), Lukasz Ronduda (Poland) and Anna Shalashina (Russia) commented on their decision: “This new cinematic voice from a country underrepresented on the world stage struck us with its bold, brave and fresh story addressing the brutal reality of social isolation.”

Comments Tigran Yepoyan, UNESCO Regional Health Education Advisor: “It makes us happy that this film is so much in line with UNESCO’s efforts to raise awareness on matters such as health and HIV and to prevent violence among teens and youth within the EECA region – and now even beyond, thanks to the film’s success at the Warsaw Film Festival. Cinema speaks a language which is powerful and widely understood, yet at the same time complex and multifaceted. This film is not only a strikingly honest and intense creative statement. The team working on this project has managed to address complex and sensitive realities while creating art rather than producing some sort of a public service announcement”.

Early reviews from viewers who have seen the film:

“…When I went to see the film, I did not know what to expect. I was afraid that it would be too sophisticated, ‘not for everyone’. But this film really has all that is needed to attract a big audience” (Alexandra, Russian language teacher)

“This film is amazing! For me, it opens a window into the lives of young people in Belarus. It raises very complex issues which concern not only Eastern Europe but everyone worldwide” (Ethan, film director, Ireland)

“I was really impressed by the film. At first I had no idea what it was about and wondered what the title might mean. I understood its meaning only when the title reappeared at the end… I believe that different generations, especially parents and teachers, will benefit from seeing this film.” (Zuzanna, market researcher).

“…I was quite shocked when I realized what the film’s main theme really was. I liked this plot twist a lot. May I mention spoilers? Better not? (laughs) Well, this film will suprise viewers with totally unexpected plot turns.” (Mike, author of a video blog about films)

STIGMATIZED BY THIS CALLOUS AND IGNORANT WORLD… BUT WE ARE TWO, WE CAN HANDLE IT

Nastya, Sasha and Kristina are 16 years old. They study together at a school in a Belarusian town and live ordinary teenager lives, with the usual problems and dreams. Nastya wants a better life. Her dream is to study in Poland. Several times a week she goes to a private Polish language tutor. On these trips she is accompanied by her friend Sasha. The boy is constantly bullied by his schoolmates, who think he is gay. As for Kristina, she doesn’t plan on studying and is mostly interested in dating her new boyfriend. The school follows a severe law of rules and discipline that hasn’t changed much since Soviet times. The only person who stands out is a young English teacher. One day everything changes. A shocking event brings out fears, prejudice and hatred of those who are different.