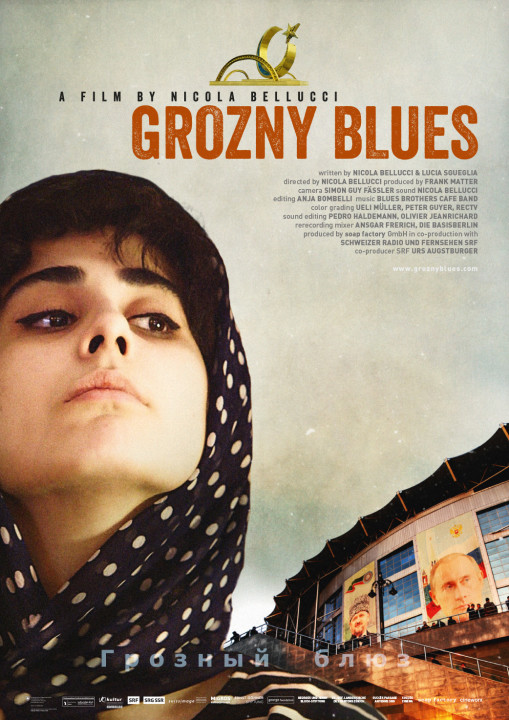 Zaza Rusadze The images of war seem forgotten – Chechnya has vanished long ago from the headlines of the Western press. The traces of the years of military conflict with Russia have all but disappeared in the capital of Grozny, which boasts new promenades, modern high-rises and blinding street lights. The surface is shiny, but pain is still rooted deep in the people’s souls. A country that’s about to forget its past and that’s full of monuments to its President Kadyrov and, next to him, Vladimir Putin. Four women who have fought for human rights for years are trying to preserve the collective memories. They have been collecting stories on video ever since the war began in the 1990s, documenting the horrors of war and its consequences which nobody in official Chechnya wants to see. The film ingeniously juxtaposes images from their archive and images of Grozny today. The history of the war of independence and a forgotten genocide lies between them. 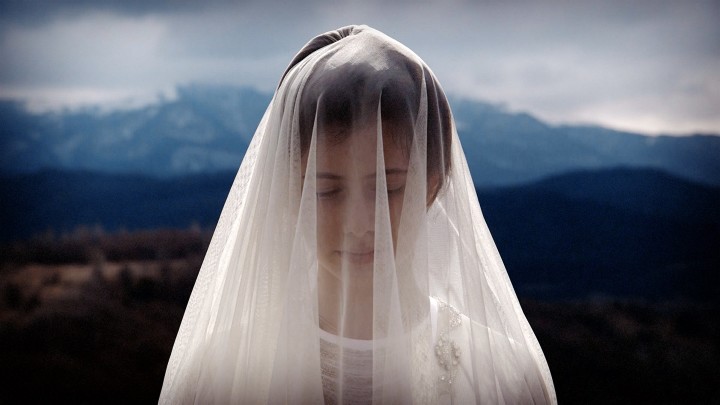 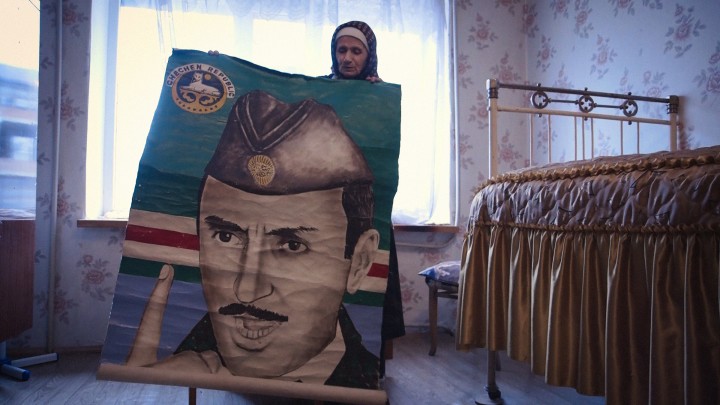 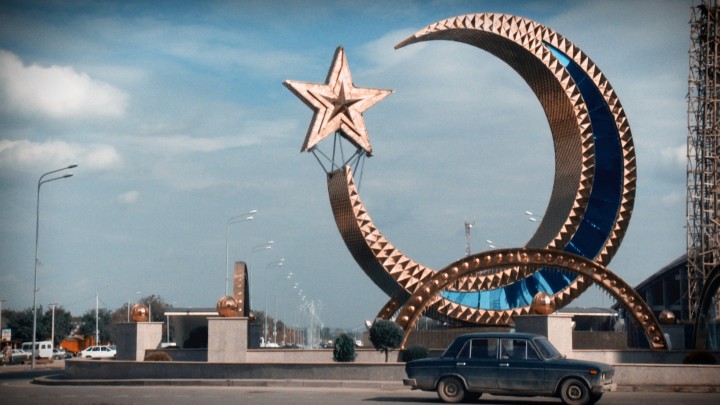 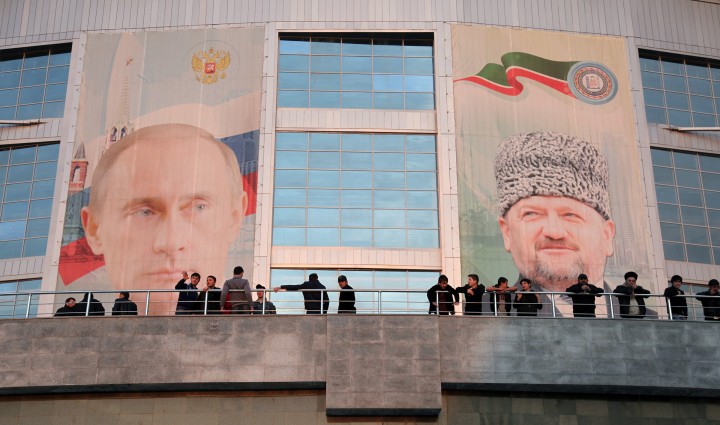 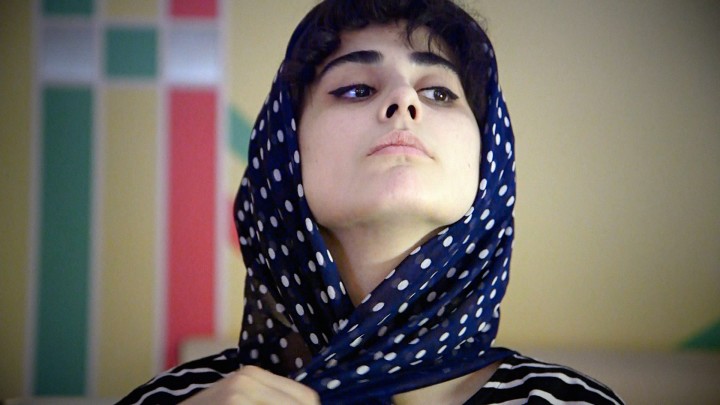 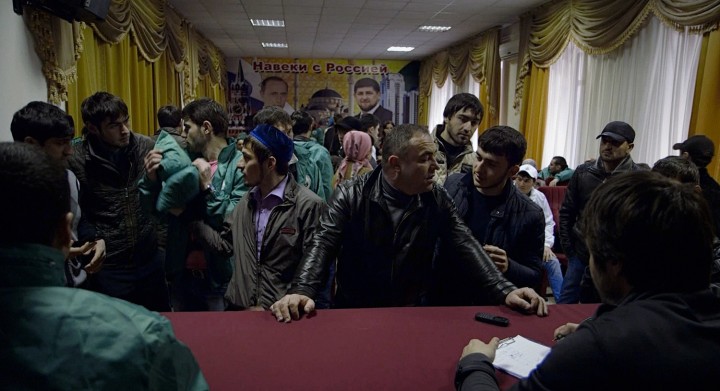 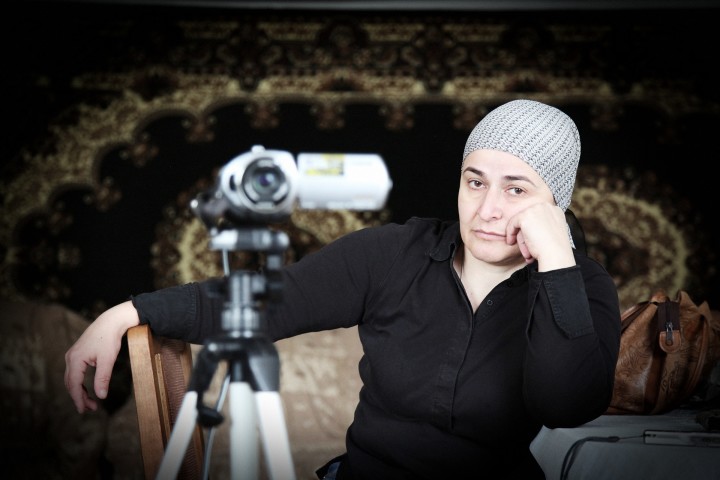 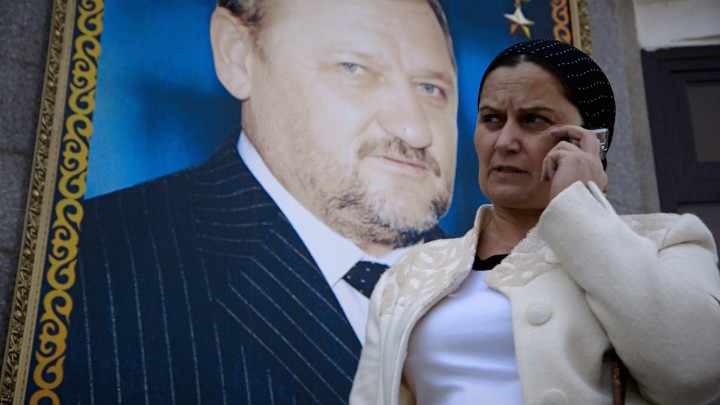 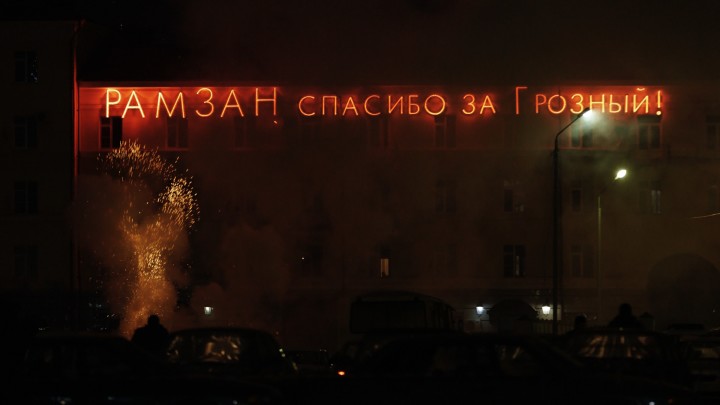 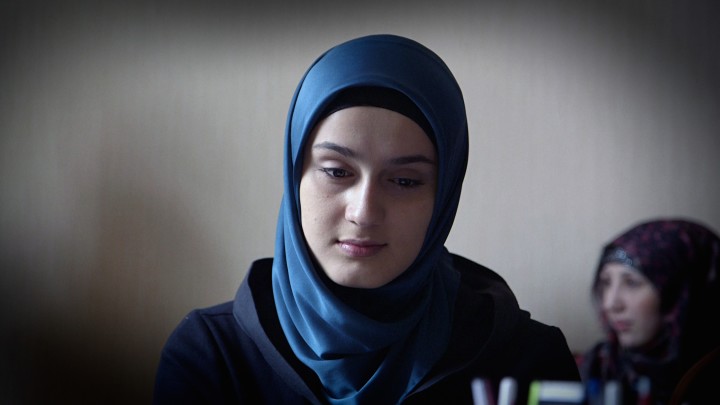 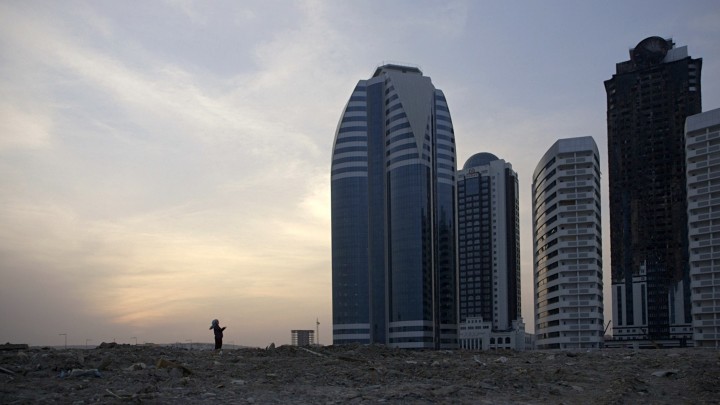 «Grozny Blues» follows a few people around Grozny, the capital of war-torn Chechnya where daily life is defined by political repression, constricting customs, forced Islamification and the failure to come to terms with recent history. The film revolves around four women who have been fighting for human rights under worsening conditions for many years but get more and more disillusioned with the situation in Putin’s Russia. The building where they work is also home to a Blues Club that is frequented by a group of young people. Having only vague memories of the Chechen wars in the 90s, they try to make sense of the strange things that are happening in their country. In linking the personal and intimate to the political, Nicola Bellucci shows in a dramatic and yet very poetic way what it means to live in a divided society that navigates a no-man’s land between war and peace, repression and freedom, archaic traditions and modern life.

Grozny Blues is a haunting, often dreamlike documentary about Chechen people caught between the contradictory pressures of manufactured realities and coerced silences. Right from the beginning, as the film opens with a quotation from Bertolt Brecht, ‘It said in the papers this morning that a new era has begun’ it is clear that director Nicola Bellucci’s documentary Grozny Blues, a masterful work about contemporary Chechnya, is fixated with contrasting today’s Chechnya – the Chechnya of Ramzan Kadyrov – with Chechnya’s past.

“There are many stories untold, says Bellucci, I am trying to present some of them in an interesting way. I was interested to know how people live in Chechnya, especially women, who are the most repressive class of the society. People were talking about their lives with so difficulty. For me, it was also very difficult to persuade them, because they did not feel them safe”, says the film director.

Instead of a formal indictment, Grozny Blues is like a mastercut of small, telling moments all spliced together. By going micro, we see just how systemically dysfunctional the Chechen Republic has become. As its subjects become more widely known internationally, they will probably be less likely disappear in the dark of night. Therefore, the mesmerizing and alarming Grozny Blues is recommended with considerable urgency…

««Grozny Blues» is a web of associations, suggestive and full of contrasts, a film without commentary or text inserts. A cinematic journey of multiple narratives that form together into a unified image, which has little to do with the clichés of the Kalashnikov–‐toting terrorists from the Caucasus. Instead we are presented with the simultaneity of destruction and everyday life in Chechnya, of a past that has been leveled and a surreal normality.(…) A form of carnival–‐esque subversion seems to be present in this post–‐war Chechnya. A kind of creative infiltration that Nicola Bellucci employs as a tool when swirling together different time periods in «Grozny Blues». He invokes the devastation until it runs through the veins of everyday existence and the office towers in Grozny seem like gravestones. He keeps those who have disappeared alive, as a form of ghostly consciousness in the present. He collides things together so that we can make our own connections. We are frightened – and illuminated».

««Grozny  Blues»  reconstructs  both  the  past  and  the  present  of  this  traumatized  region:  two hours  of  goosebumps  during  which  archival  video  material  and  manifestations  of  presentday neo-fascism  and  collective  forgetting  are  presented», – Carlota  Mosegui,  El  antepenúltimo  mohicano,  Cáceres,  Spain

The  desperate  testimonies  of  the  few  militants  who  still  live  in  Grozny  and  the extraordinarily  rich  archive  material  that  Bellucci  brings  to  life  in  his film  throw  us  into  an extremely  complex  reality  that  of  a  dreamt-of  Caucasus  that  became  a  nightmare.  A  deep and  sensitive  piece,  which  deserves  our  undivided  attention»