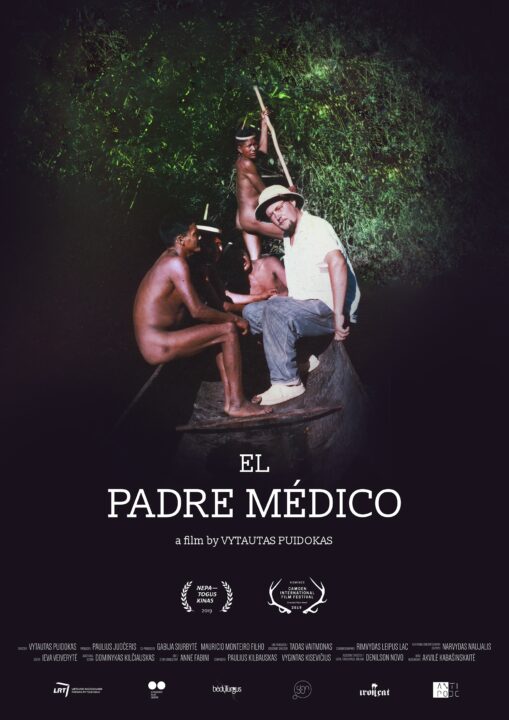 DIRECTOR’S NOTES: First of all, this film has a strong personal touch for me. I have discovered this story by pure accident, when travelling in South American jungle. I took a gap year, was travelling around, meeting people and trying to re-discover myself. I remember standing at the last house of some jungle village, knocking at a stranger’s door and asking for a glass of water. “You‘re Lithuanian? Just like El Padre Medico”. Up until this moment, I have never heard of Bendoraitis before. Yet, very soon my self-discovery journey took a different path, trying to grasp, what my compatriot was doing here, 12 000 kilometers away from home.

As a research into his character started I was amazed, by how easily Bendoraitis manipulated people around him. It was impossible to assemble a proper biography, as neither the facts, nor written evidence had any coherence. His life was more like narrative, that can take radical turns depending on a situation and a point of view. This was something, that I found very reflecting of contemporary society, as we are now constantly surrounded by fake news, illusory media personalities and the concept of truth has become truly obscure. Thus for me Bendoraitis became not only a historical figure, but also a protagonist from a contemporary world.

Another important element, when constructing meaning of the film, was the region, where Bendoraitis story took place. Anthropologists research Amazonian indigenous to answer core questions about human behavior and through time ‘the Indian’ has been made into a universal symbol of our ‘true’ identity. Yet, in reality Rondonia is one of the newest states in Brazil, which was established for the sole purpose of a giant railroad project. In total I spent more than a year exploring the region and trying to grasp the distinctive local identity. Some of these findings are reflected in the film, as in the case of the newcomers, who dominate the region, large-scale industrial government projects, all absorbing influences of Christian and Evangelical churches and the indigenous tribes, which live in reservoirs resembling jungle ‘refugee camps’.

Through combining these two elements – the distinctive Amazonian cultural landscape, and pseudo-biography of Bendoraitis, I expected to create a subtle reflection on a contemporary world, and a topic of identity in particular. 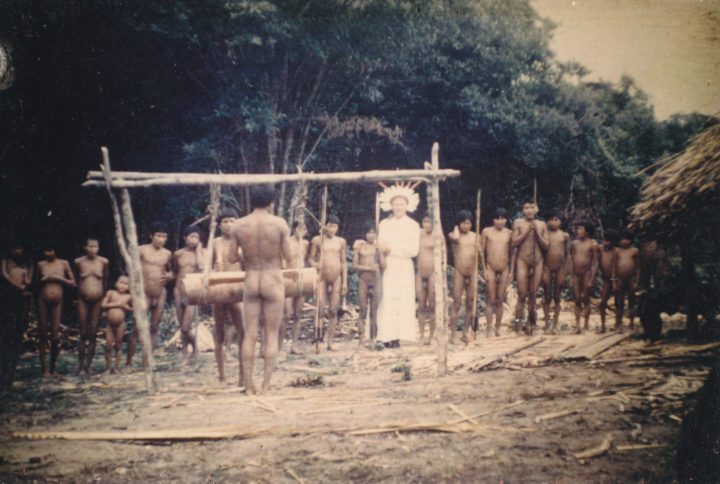 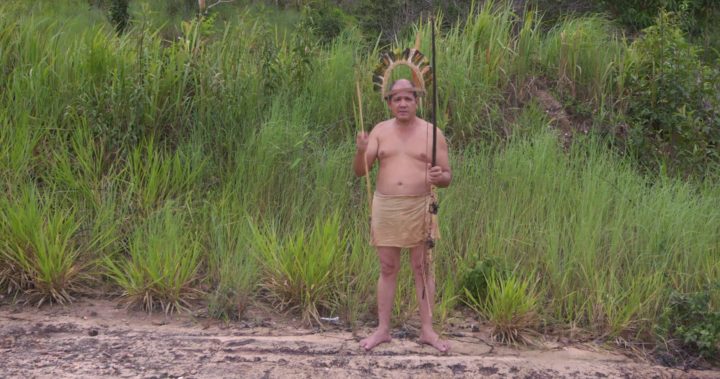 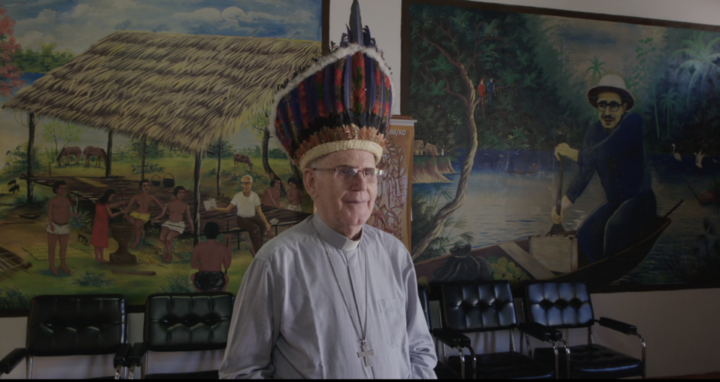 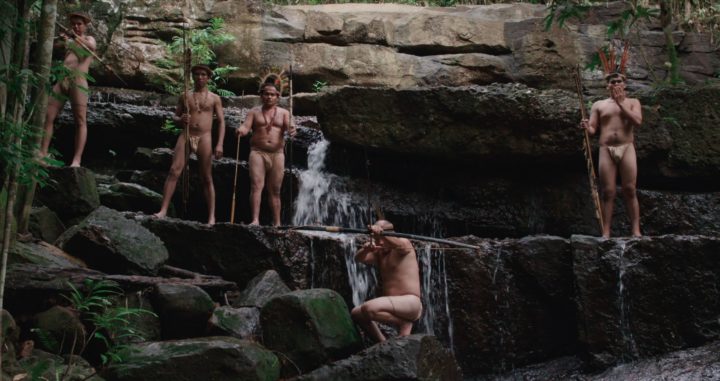 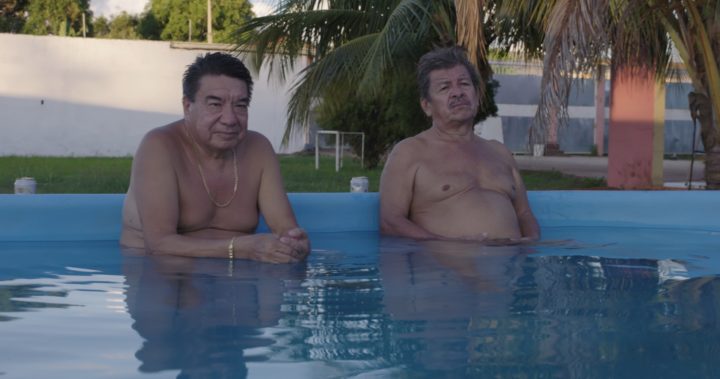 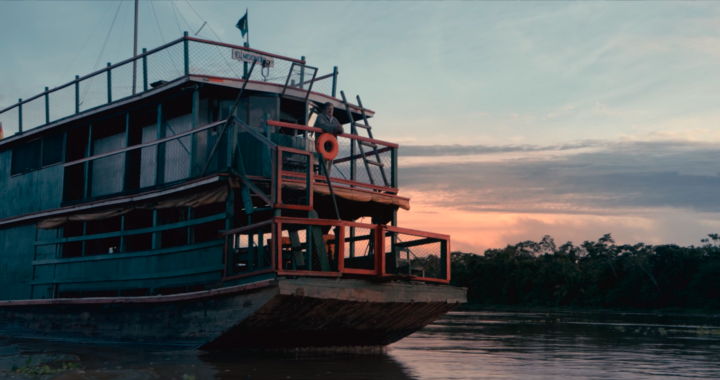 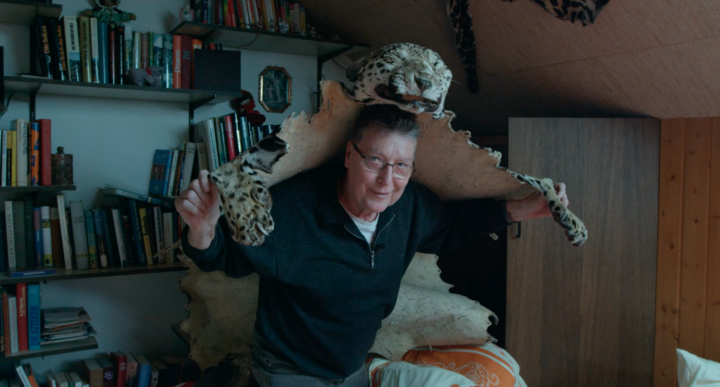 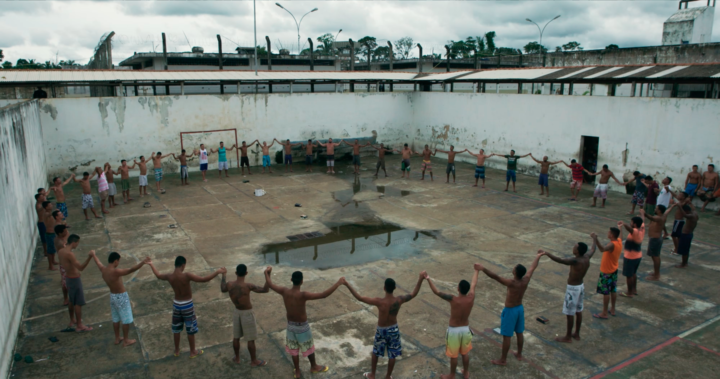 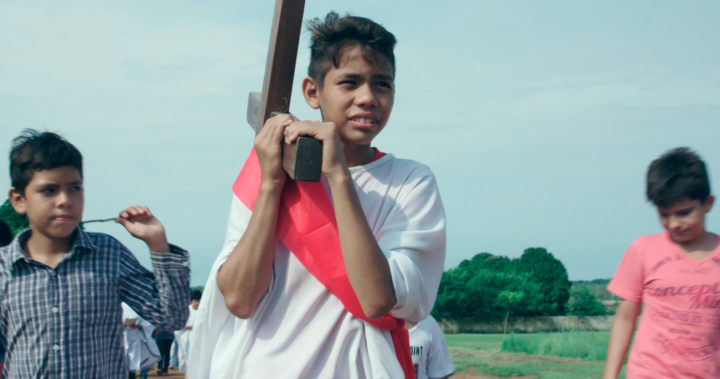 WHO ARE YOU – THE LOCAL HERO OF AMAZONIAN JUNGLE AND SAVIOR OR BRUTAL ABUSER AND MURDERER?

A Lithuanian doctor, priest and a war refugee Alexander Ferdinand Bendoraitis (1919-1998) resettles to Amazonian jungle in 1960’s and becomes a local hero: establishes a boat-clinic network, first jungle radio, starts the pacification of local indigenous tribes and builds the most modern hospital in the Amazonia. Yet, as he gets involved in a brutal crime, countless fake narratives that he had created around himself begin to resurface.