Director’s comment:
The space is simple. The situation is not. The plan with 6A was to make a film that is at the same time complex and naively exploring; beautiful, humoristic and horrible. The situation was really interesting to me, it gave me a chance to make a film that stays on the girls’ side, without portraying them as some kind of innocent little lambs.
I wanted to investigate the situation, with victims and aggressors, who are the bullies, and what does bullying mean in this context? Hopefully, there are different layers of power and gender play in it. 6A is also about grown-ups letting the kids down, about a school system that simply doesn’t work.
It’s about the Scandinavian structures, the absence of authority and need for consensus.
The making of 6A:
We shot 6A during four intense days in April 2015. The intention was to make a short film. There was a 20-page script and I decided to divide that script into six beats and not show the actual script to any of the actors. Instead, we used the six beats and what we wanted to get of these different sections, as some kind of map for the shoot. All of the actors were given different information and backstory and thus different motives and objectives. That was the only way for us to actually get where we wanted to be during the shoot. Most takes were about 15-20 minutes long and we ended up getting loads and loads of material. The editing process looked kind of promising and at the same time intimidating. If it wouldn’t be for our wonderfully skilled and persistent editor Linda Jildmalm, the film wouldn’t have been completed at all by now. We sort of knew that this had the potential to become a feature film; but it wasn’t until the Berlinale said it was, that we actually dared to embrace that thought all the way.
I still look at it as some kind of long short film though. 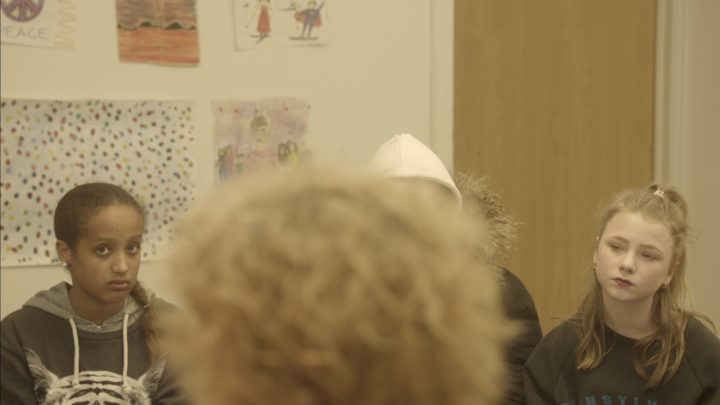 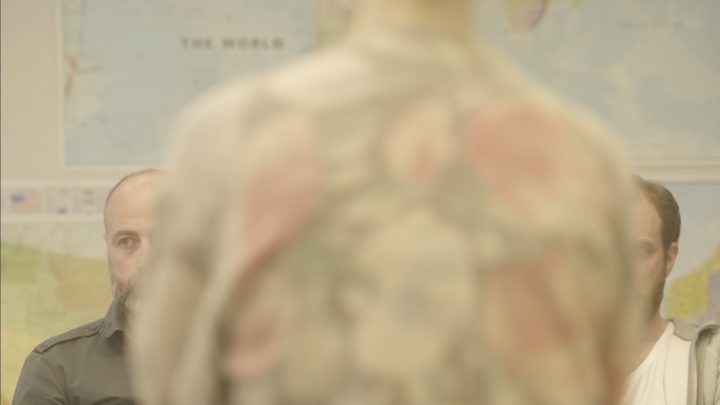 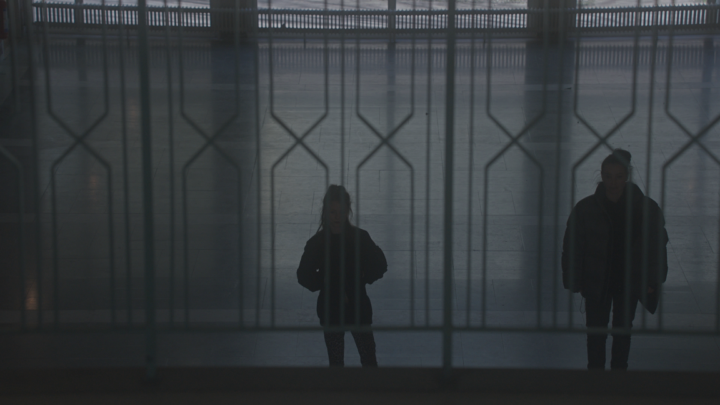 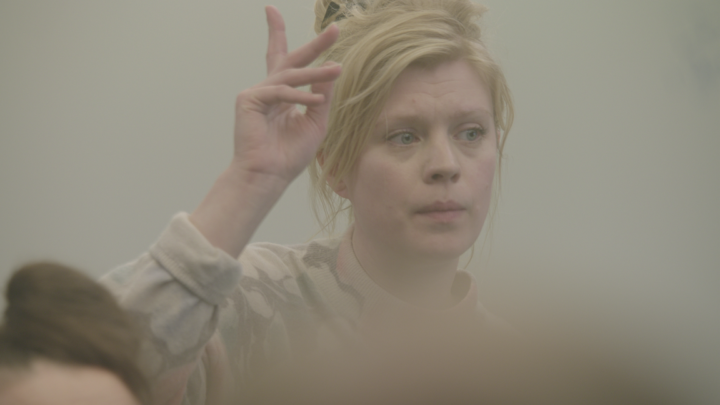 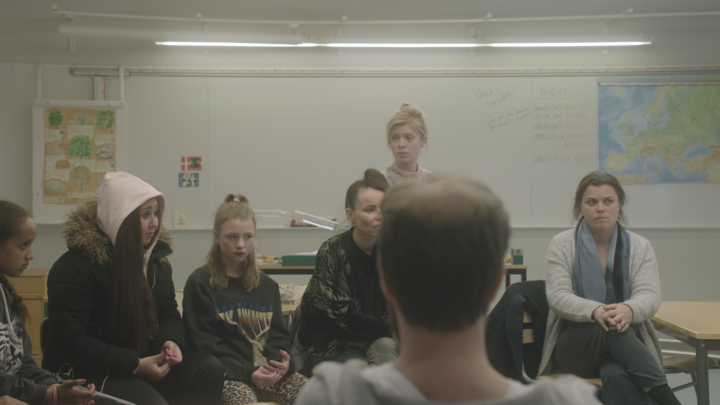 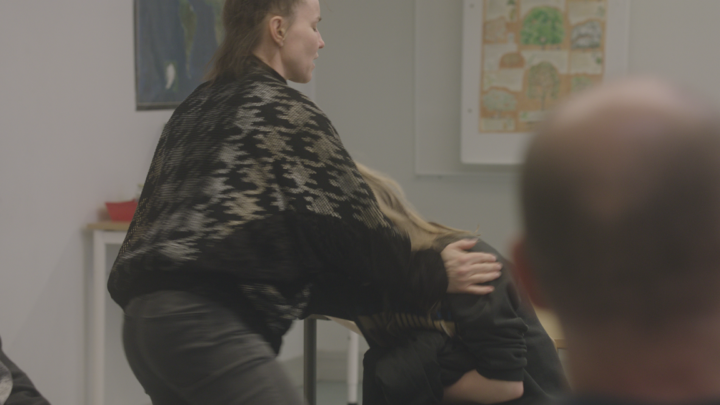 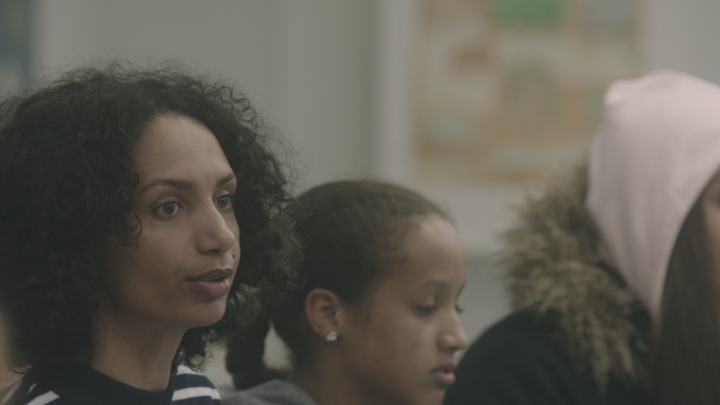 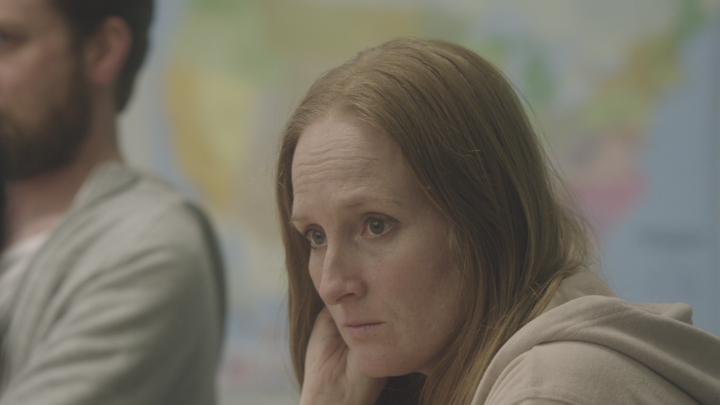 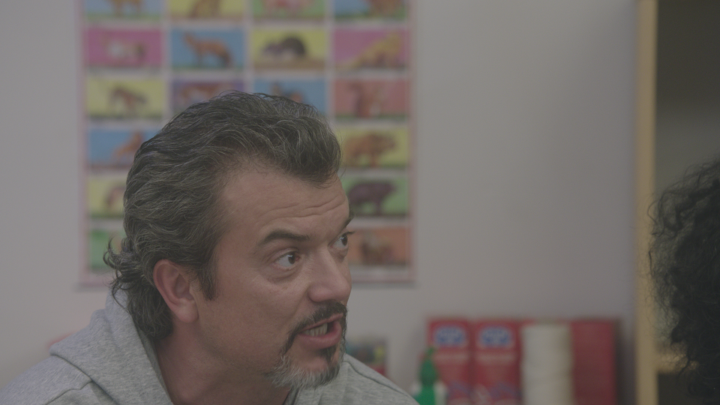 The parents of the children in class 6A have gathered for a crisis meeting to discuss the conflicts in the class.
The only students attending the meeting are 12 year old Denise, Bella and Mina. The teacher Louise and some of the parents consider them being the cause of the conflicts, and the girls are accused of bullying the rest of the class.
But as it turns out, the teacher may not have done her best to really deal with the conflicts in the class, and some of the parents start questioning her choice to call the girls to the meeting.