The multi-award winning writer/director/producer, Vladimir Alenikov began his career in Soviet Russia when his first widespread success came with a series of children’s films featuring his own characters, “Petrov and Vasechkin.”

Turning to the stage in 1985, Alenikov wrote, produced, and directed the first Soviet-American stage musical entitled, “Peace Child” which was performed in 32 countries including the United States.

In 1990 Alenikov completed “The Drayman and the King,” the first Russian film musical. The film garnered several prizes in Russia and was an official selection at the Toronto International Film Festival and the American Film Institute Festival among others.

In August 1991, Alenikov captured the resistance to the Russian coup in his acclaimed documentary “The Awakening.” This was followed with an American-Russian co-production, “Time of Darkness” (aka “The Clearing”), starring George Segal.

Alenikov’s last American directorial work, “The Gun (from 6 to 7:30 p.m.)” addressed the topic of gun ownership in the United States. The film was the only American entry in the World Competition at the Montreal World Film Festival in addition to other festivals.

His latest romantic comedy, “God’s Smile or the Odessa Story” featured 138 characters travelling back in time. The film was selected by the Siskel Company to premiere in Chicago, Illinois and won 15 awards at different film festivals. His drama/thriller “Princess’ War,” tells the love dramatic story of a Russian girl and an Armenian refugee boy.

In 2017 Alenikov made innovative “Acting class”, which was shot by one shot only, without any cuts. His most recent directorial work is “Strangers of Patience” a drama/thriller about art and evil based on his bestseller novel.

During the last decade, Alenikov has also successfully worked as a writer, publishing novels and children’s stories in Russia. He is a member of the International PEN Club in both countries, Russia and the U.S.A.

In 2015, the International Award, DROP (which recognizes a great contribution to the horror and thriller genres) was awarded to Russian film director, Vladimir Alenikov

The prize for “The Great Contribution To The Improvement Of The Moral And Ethical Climate In The Youth Environment» – awarded at the IV International Youth Film Festival ” Light of the World ” in Yaroslavl , 2014

The prize for “The Huge Contribution To The Children’s Cinema” – awarded at the V All-Russian Children’s Film Festival “Kinoostrov” in St. Petersburg , 2014

The prize for “The Personal Contribution To The Development Of Youth Filmmaking And To The Scientific Cinema In Russia” – awarded at the II All-Russian Youth Festival of scientific film “Kinnofest” in Penza, 2013

The prize for “The Great Contribution To The Film Comedy” – awarded at the XIV Open Russian Film Festival comedy “Smile, Russia!”, 2013

The prize for “The Augmentation Of The Best Traditions Of The National Cinema” – awarded at the VI Russian film festival “Amur’s Autumn”, 2008 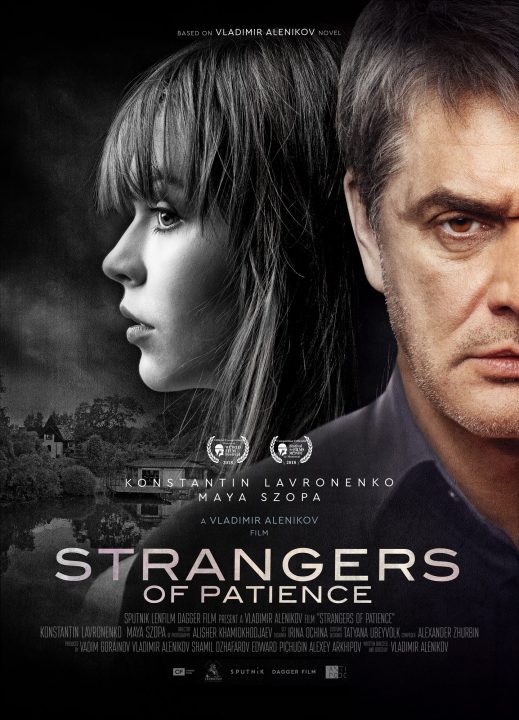