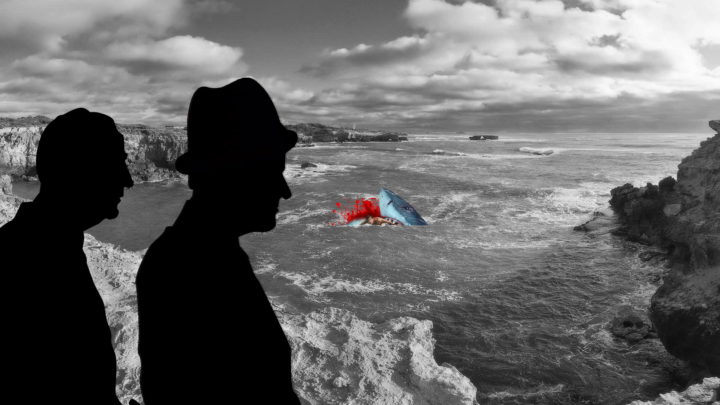 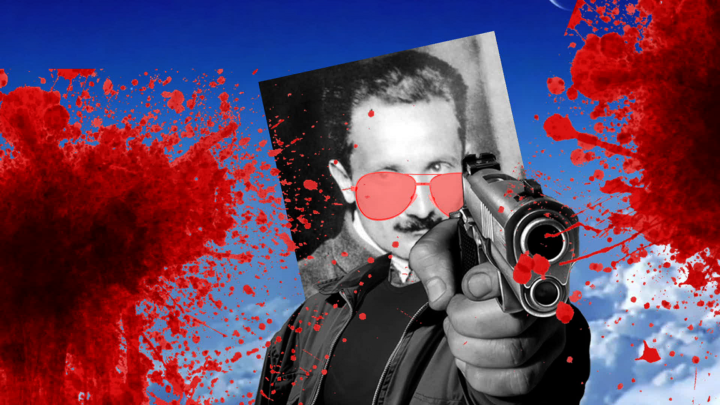 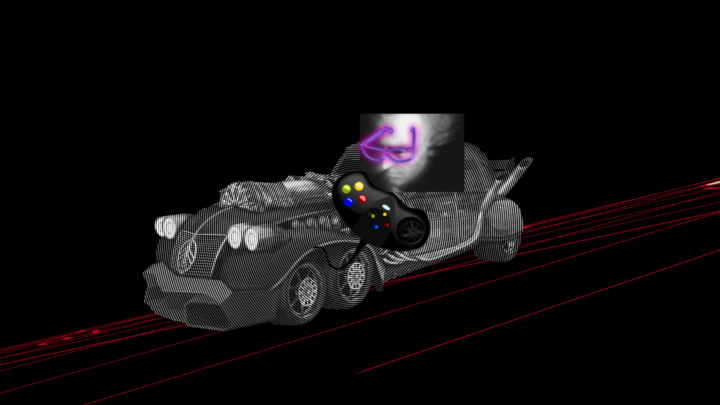 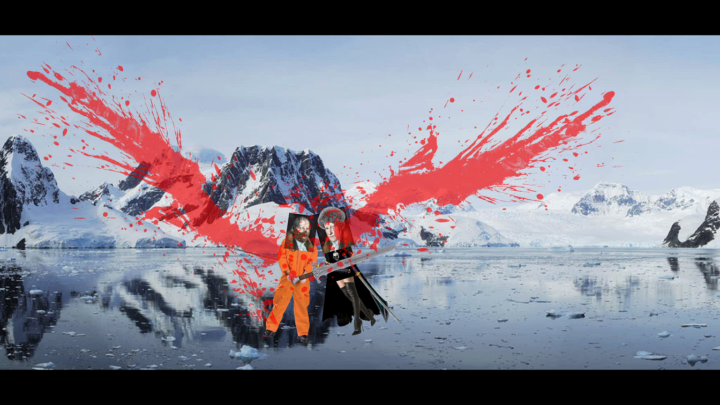 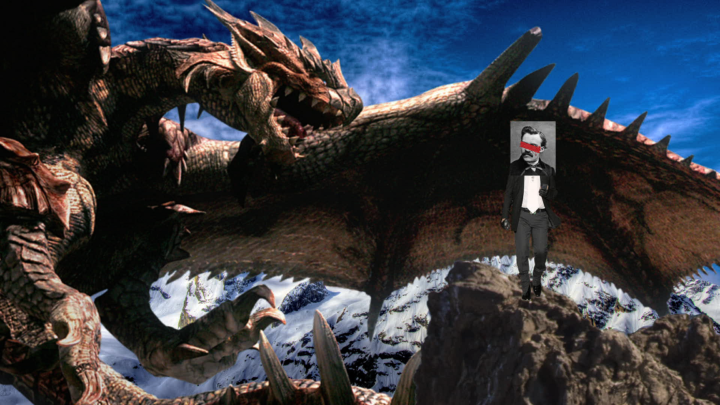 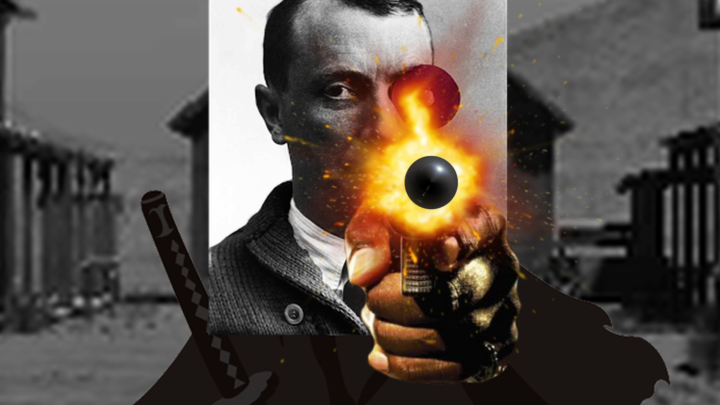 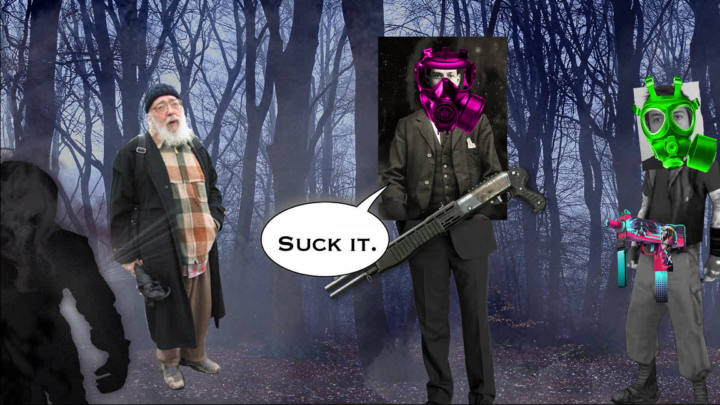 A comic about superhero philosophers, who get involved in various predicaments and try to utter God’s name.The movie is made up of eight episodes, each in its own genre. There are detective stories, a Western, a thriller, a conspiracy movie, horrors and comedies… It is a fantastic voyage through the jungle of reason.

The main trick of the Tetragrammaton is a combination of the ostensibly primitive shape (in reality, quite refined) and the content that does not lose any complexity even after a radical and nasty reduction. To play up to the author, we could say that he is manipulating the Occam’s razor, resolutely chopping off large pieces of philosophic conceptions, until they become a joke – a philosophical joke, evidently. To put it more accurately, it is the Occam – Tarantino razor because Kozinsky is also massacring all popular film genres from the western and film noir to science-fiction, horror and Oriental martial arts. Oleg Zintsov, Vedomosti

Klim Kozinskiy: I am generally attracted by topics not very present in the pop culture. At the same time, I am a crazy fan of park amusement. So I will logically and mercilessly blow the mind of the public out in such manner as to make them enjoy the process, on top of everything. Afisha-daily

Cannons, logic and a bit of violence. Philosopher superheroes push their way through and stop at nothing to tell you about the God, about the consciousness and about the world. It is the most daring, witty and carefree Russian film for some time. Of course, it is not meant for the big screen but it is exactly on the big screen that it gives incredible, almost physiological enjoyment. Do not move or Wittgenstein will shoot! Vasiliy Stepanov, Seance
Every episode of the film is a parody of one of the popular film genres. For instance, Martin Heidegger and Edmund Husserl become the characters of a film noir, Immanuel Kant assumed the role of a detective, and Friedrich Schleiermacher starts a deadly struggle with Gilles Deleuze in a classical western. As one of the viewers of Tetragrammaton joked, if the film grows up from Monty Python and classical MTV stings, it is easy to understand where the hands of his author try to reach. In all likelihood, what the author of the joke kept in mind where not prohibited substances but the golden collection of the world philosophy, the provider of quotes in which the characters of the film speak. Konstantin Shavlovskiy, Snob
Klim Kozinsky developed an original genre of his own: history of philosophy in the genre film format. A schematic but a very graphic comic strip accompanied by offscreen commentary shows how during the centuries the philosophers try to outwit and destroy each other. A confrontation of logical and ontological theses is shown as a sequence of most perfidious intriguing and incessant bloodshed with subsequent resurrection because, despite some ideas being forgotten, the thought stays immortal. Eugeniy Maizel, Kinoart
Klim Kozinskiy: In my childhood, I watched cartoons on videotapes. My favourite cartoon was King Lion but the faulty remote control would always record something on this tape. Gradually, there was a tape where the cartoon was interrupted by crazy advertisements, fragments of adult films, other cartoons or transmissions. An hour and a half of time in total. I did not have another tape with King Lion so I continued to watch what there was. This is how my mind was formed: I love discrete combinations where the link is not clearly manifested.
No, there is a message in my film, and it is quite a responsible one. It says you need to ask questions even if they are by default unsolvable. This film works especially radically and correctly at the film festivals, because it is also a documentary. It documents the act of thinking, showing how the thought unfolds in all its manifestations… If we drop our fetishism and matters of taste, we will discover that the cinema is nothing more than a medium for a message, and my message wins because it contains both reasoning and visionary elements.
Kinoart
We use cookies to ensure that we give you the best experience on our website. We collect just visit statistics, NO personnal information.Ok
WordPress Appliance - Powered by TurnKey Linux