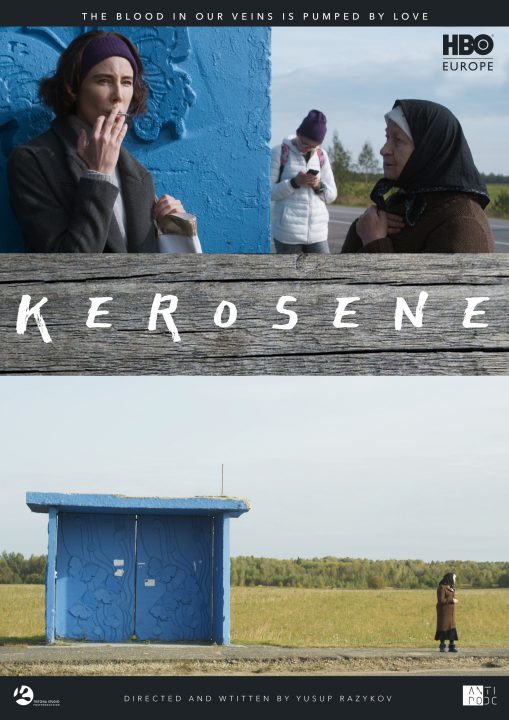 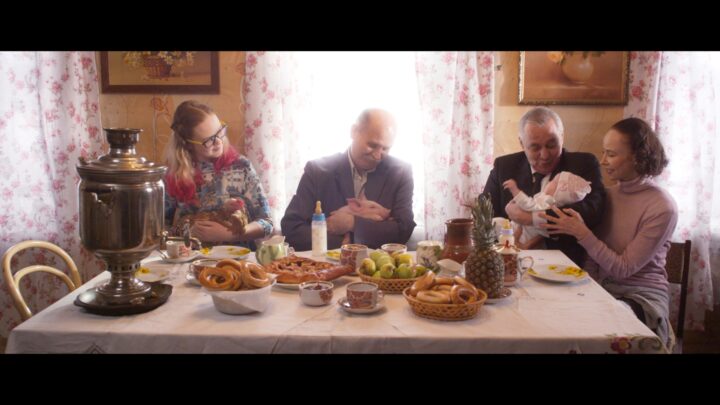 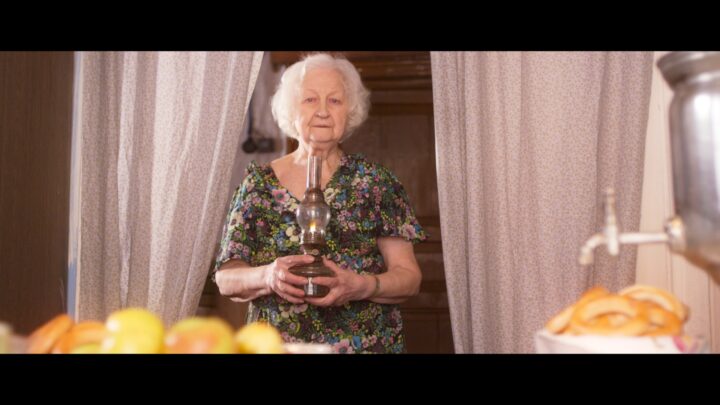 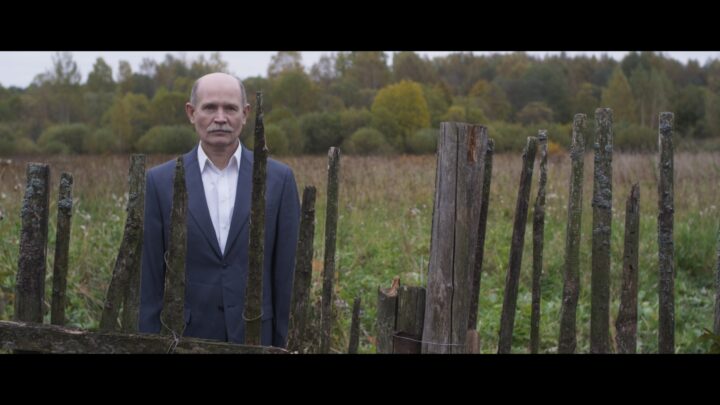 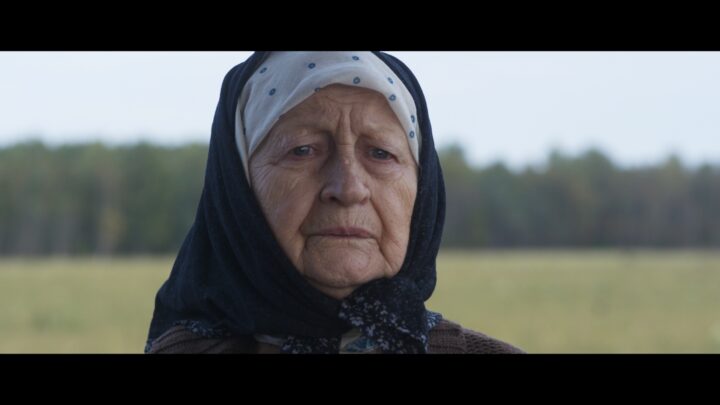 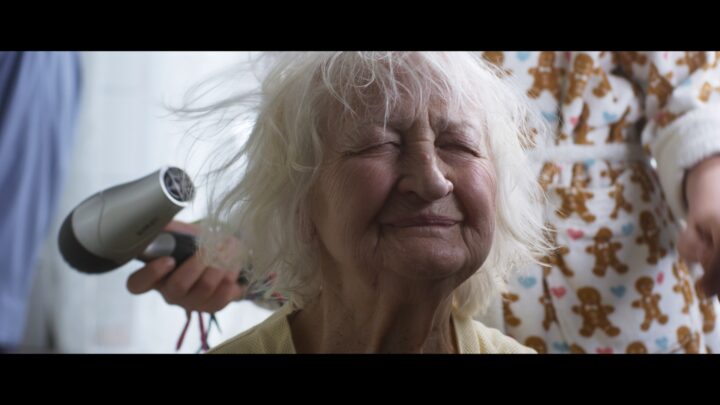 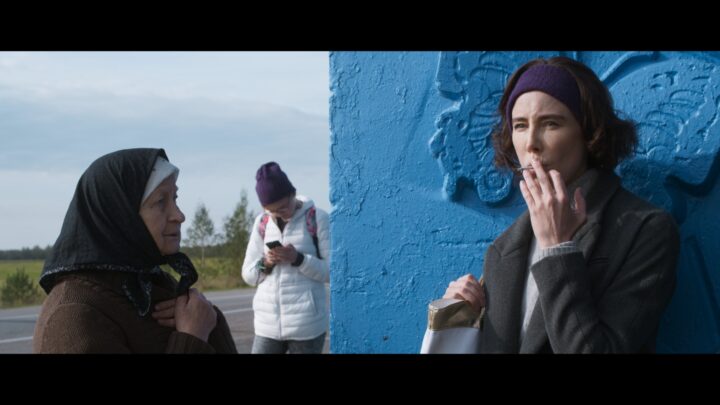 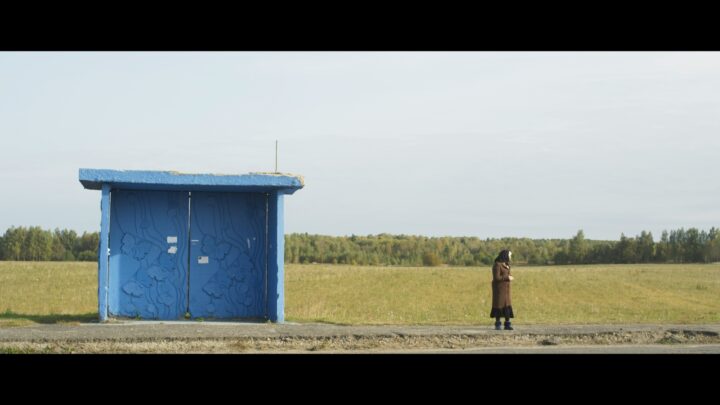 THE BLOOD IN OUR VEINS IS PUMPED BY LOVE

The film is dedicated to our mothers. A fairy tale story about the power of ordinary people, the ability to live and survive in the most difficult life circumstances. It is about love, devotion and beauty.

Pavla, widow, 80 years old, lives in house, that was only one survived after a fire destroyed the village “Porozhki”. Next to the Pavla’s house cafe was gone bust and closed. Pavla begins to let Truckers come in her house after she saw her dead husband in dream, who gave orders to her. At first, he said to accept former colleagues on driver’s craft. Then – to get a pig. There were also sad losses, unexpected meetings and tragic events. One day Pavla was near from mortal sin…

“Kerosene” is a melancholy story about loneliness, life dying out in the country, human cruelty, and a lonely old woman. It also tells about those who are always going somewhere and past something, always on the way. – Liisi Rohumäe, PÖFF

Presenting The Kerosene in the Vyborg Palace film theatre, the director used an olfactory analogy, joking that “other films smell of Jameson Irish Whiskey and our film smells of kerosene”. The unexpensive and smelly fuel becomes a well-developed multilevel metaphor in the film that regularly repeats an idiotic phrase from the Rossiya channel TV News: “There is an elevated mood on the petroleum market” – Lidiya Maslova, Seance

News are becoming one of the elements of modern life; in the film, differently interpreted news often form the background of the film. What is your personal attitude towards them?
It is more or less evident… What can my attitude be to the oil being the blood of the Earth, the foundation of economy and well-being but also of wars? I don’t like the oil as the universal ruler, as somebody that destroys the initiative and subjects us to its price. Nor I like the fact that it does not belong to the people. – Max Tuula, Kinometro

Yusup Razykov’s film was the first after the great film by Kira Muratova to provide an exhaustive insight into the asthenic syndrome that became total… Yusup Razykov made a film which is unquestionably realistic but which, at the same time, organically includes the mythology of our mind: through the eyes of the old woman, we see a world where the real life and the dreams coexist on equal footing. This is what makes the metaphorical sense of the film especially intricate: we see the screen materialisation of even the hidden impulses of the protagonist, of her slumbering sense of justice, of her hidden revolt against violence. And then the fairytales become a reality, a reality vacillating and dwindling in the fog. – Valery Kichin, Rossiiskaya gazeta