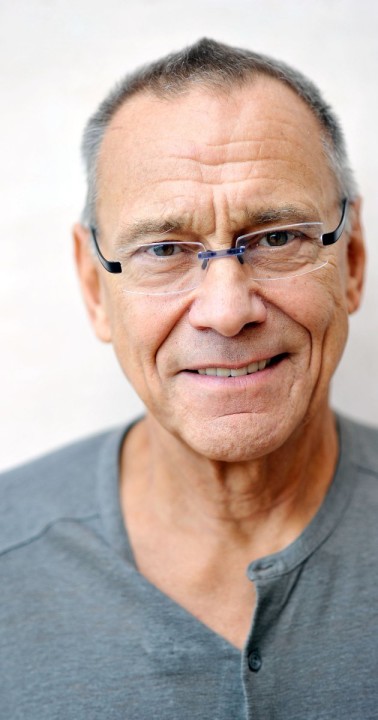 Director ANDREY KONCHALOVSKIY has enjoyed equally distinguished directing careers for both the stage and screen. His best-known film credits range from international pictures such as Uncle Vanya, based on the Chekhov play and regarded as one of the best Russian films, and House of Fools, a Russian-French co-production about an asylum along the Russian-Chechnya border, to such popular English language fare as Runaway Train, which earned three Academy Award® nominations, Maria’s Lovers, Duet for One and Shy People.

He has earned acclaim for such landmark television epics as The Odyssey, for which he won an Emmy Award as best director, and Lion in Winter, which received a Golden Globe Award for costumes, as well as multiple Emmy awards and nominations.

Born in Moscow, Konchalovskiy studied music in his youth, becoming a skilled pianist, before enrolling in the cinema program at VGIK – the major state film school, where he studied under Mikhail Romm. His debut feature film, The First Teacher, based on the book by Chingis Aitmatov, concerned post-1917 southern Russia. His subsequent films include The Story of Asya Klyachina, which was held back from release until 1988 because of government censorship, and received the Russian academy award for best picture, A Nest of Gentry, Romance for Lovers, and Sibiriade, a realistic portrayal of the lives of the people of Siberia which earned international acclaim and brought him to the attention of American and European producers. This led him to such mainstream Hollywood projects as Tango & Cash and Homer & Eddie.

For the stage, Konchalovskiy has directed numerous opera and theatrical production across Europe and the US, including “King Lear” in Poland, “Miss Julie” and Chekhov’s “The Seagull” in Russia, “War and Peace” at the Metropolitan Opera in New York, and “Queen of Spades” and “Eugene Onegin” at La Scala in Italy, the latter which was also staged in Paris.

Early in his career he used a double surname and was credited as Mikhalkov-Konchalovskiy. Later he adopted his mother’s maiden name to distinguish himself from his younger brother, Nikita Mikhalkov, himself an accomplished director. Indeed, his entire family is artistic: his great-grandfather, grandfather and mother are celebrated poets, and his father is a noted playwright.

2010 marked the release of Andrey Konchalovskiy’s much-anticipated cinematic adaptation of the traditional fairytale, The Nutcracker in 3D. This musical CGI-spectacular featured Elle Fanning in the role of little Mary, as well as Nathan Lane, Richard E Grant and John Turturro in the principal roles. Lyrics were provided by Academy Award® winner Sir Tim Rice. In  the same year, Konchalovsky also featured in, Hitler in Hollywood, a bio-doc about Micheline Presle which evolves into a thrilling investigation of the long hidden truth behind European cinema. This mockumentary thriller uncovers Hollywood’s unsuspected plot against the European motion picture industry. The film won the FIPRESCI Prize at the Karlovy Vary International Film Festival and picked up a Crystal Globe nomination in July, 2010.

In 2012, Konchalovskiy wrote, directed and produced Battle for Ukraine, which provided an in depth analysis of how Ukraine to this day struggles to escape from the close embrace of its former big brother, Russia. This extensive study lasted for almost three years and involved an array of Ukrainian, Russian and American historians, politicians and journalists, as well as the ex-President of Poland Aleksander Kwasniewski, the ex-President of Slovakia Rudolf Schuster, the ex-President of Georgia Eduard Shevardnadze, the seventh Secretary-General of the United Nations Kofi Annan, the ex-Prime Minister of Russia Viktor Chernomyrdin, and the businessman Boris Berezovsky.

2013, saw Konchalovskiy co-produce a story previously untold on film. Film-maker Margy Kinmonth invited HRH The Prince of Wales to make a journey through history to celebrate the artistic gene in his family and reveal an extraordinary treasure trove of work by royal hands past and present, many of whom were accomplished artists. Set against the spectacular landscapes of the Royal Estates and containing insights into works by members of The Royal Family down the centuries and The Prince of Wales’s own watercolours, Royal Paintbox explores a colourful palette of intimate family memory and observation.

The Postman’s White Nights is Konchalovskiy’s latest achievement, having been selected to screen In Competition at the Venice Film Festival, 2014.  The script is centred around the true story of Aleksey Tryaptisyn, a real life postman based in a remote Russian village surrounding the Kenozero lake. Irina Ermolova, an upcoming professional actress from the Kolyada Theater, Yekaterinburg stars as Irina, the postman’s beloved, with Timur Bondarenko, of the Moscow Theatre studio starring as her son, Timur (Timka).

2015 The Enigma of Benito Cereno (announced)

2008 “The Demons of St. Petersburg”: screenwriter.

2007 “To Each His Own Cinema”: director and screenwriter.

1969 “Nest of the Gentry”: screenwriter, director. 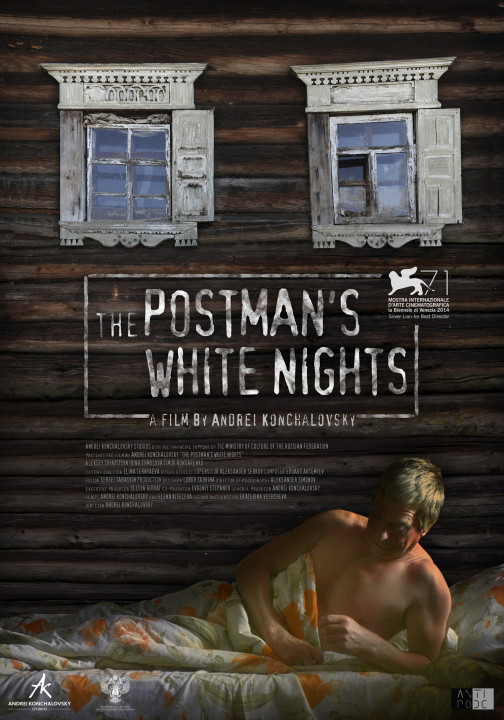