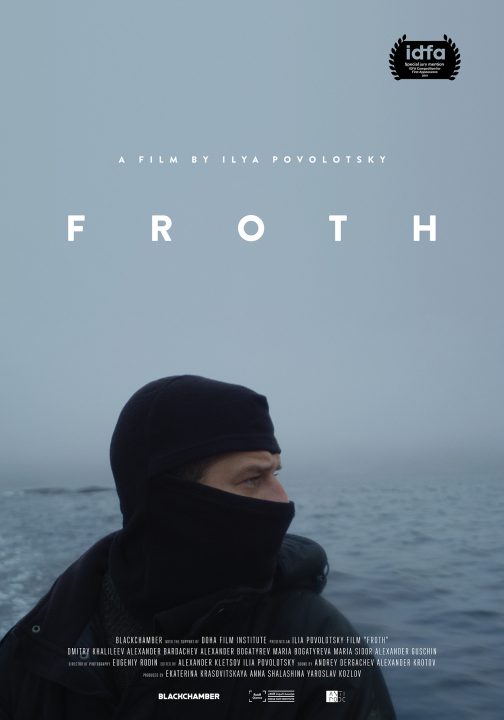 FESTIVALS: Thessaloniki Documentary Festival 2020, ZagrebDox 2020, Festival Premiers Plans 2020, IDFA 2019 (The jury has decided to give this Special Jury Prize for outstanding cinematography which poetically paints the picture of environment, people and atmosphere in a remote village high on Andes. We were overwhelmed by the way the camera digests light, time, wind, mountains, skin, textures and life)

‘Froth’ depicts the customs and everyday life on the coast of the Barents Sea. At the heart of the narrative are the stories of three ordinary people. Bardak is a salty old sea dog, who after taking his pension opts to see out his years with hard work in an abandoned village on the very edge of the world. Sasha and his team of self-taught divers have taken the initiative to raise World War II shipwrecks, which the experts consider to be outside the realms of possibility. Young poacher Dima, whose sense of adventure and recklessness have earned him the nickname “Catastrophe”, manages to evade capture and read his daughter a fairy-tale all in one evening. The characters are united by an incredible blend of humility, inherent rebelliousness, a very specific moral code, and attitude towards life. Nowhere except for these hills and severe sea can they find peace, while they hustle through the days and the waves making froth.

Haunting documentary about Russian Arctic town lauded at Amsterdam Film Festival…
A poacher nicknamed ‘catastrophe’, a retired sailor, and a self-taught diver that hunts for World War II shipwrecks are the protagonists of this tender portrait of a small, idiosyncratic community on the edge of the world. The Barents Sea forms the backdrop for the film; apart from a TV news report, there is no other reference to the world beyond this remote village. As a consequence of their isolation, its residents are united by their resilient attitude towards life in this harsh corner of the Arctic. – Lucía González Mantecón, The Calvert Journal

A stylishly filmed portrait of a small, idiosyncratic community at the edge of the world. Whether stoical, rebellious or humble, the Russian protagonists determinedly chart their own course. – idfa