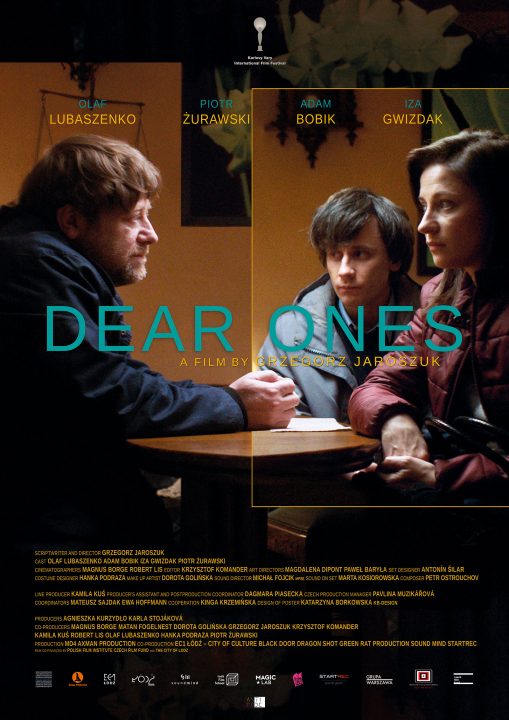 People often don’t know how to talk to each other, or how to tell each other the truth, especially if it’s a hard truth. That attitude originates in the family; I’d say that a family is a laboratory in which one can observe patterns and phenomena that occur in society.
Additionally, I find it fascinating how people have a huge capability to convince themselves – as well as others – of even the craziest theories, only to avoid telling them the truth. Or to avoid being confronted with it.

I made a film about people living in blocks of flats, who are not special or spectacular. They probably would feel intimidated, if someone suddenly put them in the spotlight. And that type of character is closest to me. My film is set in an average residential area, which implies that nothing extraordinary can or will happen there – that some people and some lives are just ordinary, and they won’t be any different.

The character of the father is mysterious, his behavior is irrational and many of his traits can be seen as flaws. When we were casting this part, we were looking for an actor, who could add some warmth and human value to these flaws, who could help an audience to identify with the father. And maybe recognize some of their own failings. Olaf brought a lot of vulnerability and sensitivity to his protagonist and made him likable. When I think of Olaf, the first film that comes to my mind is A SHORT FILM ABOUT LOVE, not his mainstream projects. My intention was to find the sensitivity he displayed in Kieślowski’s masterpiece.

STRUGGLE TO BE CLOSE TO CLOSE ONES

Piotr is looking for a purpose and order in his life. To find it, he turns to magic, religion, and psychology. Unexpectedly, his father calls him and asks Piotr to come to his family home immediately. Piotr arrives at the same time with his sister, Marta, whom he hardly remembers and does not recognize. The father called for Piotr and Marta because their Mother went missing. Family members who meet for the first time after many years begin to search together. The facts they discover about their mother make them re-define what kind of family they are. They follow increasingly stranger paths to finally discover the surprising truth. Torn between grotesque and realism, the film „Dear ones” is a portrait of the characters who, confronted with each other, try to organize their relationships.

“For me, the most important theme of the film is how difficult it is to tell the truth to theoretically the closest people and how much we are able to do not to tell the truth to others, but also to avoid confronting the truth ourselves. Each of the three main characters has to confront the truth about his own life and only then the real conversation between them is possible. I think that this is the path of each of the characters – by discovering more and more strange information about their mother, the characters come to the conclusion that the only thing left for them is to confront the truth about their own lives.” – Grzegorz Jaroszuk to Leo Barraclough, Variety